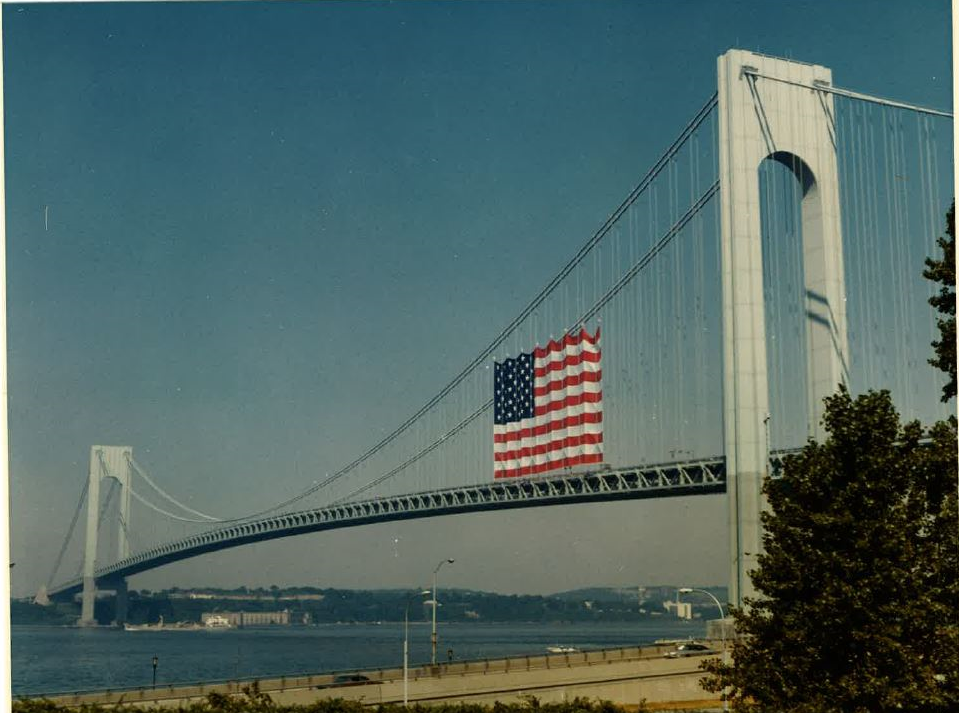 The Great American Flag - the largest flag ever made, measuring 193 feet by 366.5 feet - will be displayed on the Verrazano-Narrows Bridge on July 3rd and 4th as a salute to the nation's Bicentennial, it was announced today jointly by J.Clarence Davies Jr., Chairman of the New York City Bicentennial Corporation;  David L. Yunich, Chairman of the Triborough Bridge and Tunnel Authority, and Dwight C. Minton, President of Church & Dwight Co., Inc. makers of Arm & Hammer products, sponsors of the Flag.  Mr. Minton stated that the project has been undertaken because Arm & Hammer has been celebrating their 130th year during the nations' Bicentennial, and because "the traditions of our Company and those of America re so closely linked."